+1 (323) 271-0307 seller [at] sevenspikes.themes.jewelry.common.headercontacts.emaildomain
You have no items in your shopping cart.
Menu 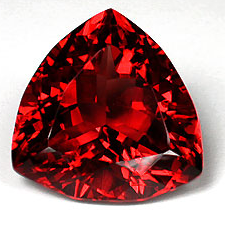 Garnets are a group of silicate minerals that have been used since the Bronze Age as gemstones and abrasives. All species of garnets possess similar physical properties and crystal forms, but differ in chemical composition. The different species are pyrope, almandine, spessartine, grossular, uvarovite and andradite. The garnets make up two solid solution series: pyrope-almandine-spessarite and uvarovite-grossular-andradite.

By her who in this month (January) is born
No gem save garnets should be worn;
They will ensure her constancy,
True friendship, and fidelity. 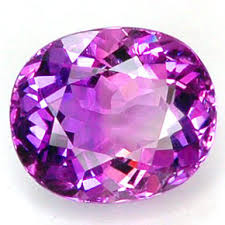 Amethyst is a violet variety of quartz often used in jewellery. The name comes from the Ancient Greek a reference to the belief that the stone protected its owner from drunkenness. The ancient Greeks and Romans wore amethyst and made drinking vessels of it in the belief that it would prevent intoxication. It is one of several forms of quartz. Amethyst is a semiprecious stone and is the traditional birthstone for February.

The February-born shall find
Sincerity and peace of mind,
Freedom from passion and from care,
If they an amethyst will wear. 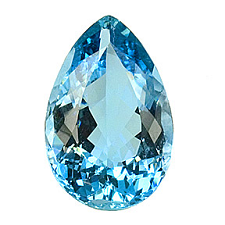 Aquamarine (from Latin: aqua marina, 'water of the sea') is a blue or turquoise variety of beryl. It occurs at most localities which yield ordinary beryl. The gem-gravel placer deposits of Sri Lanka contain aquamarine. Clear yellow beryl, such as that occurring in Brazil, is sometimes called aquamarine chrysolite. The deep blue version of aquamarine is called maxixe. Maxixe is commonly found in the country of Madagascar. Its color fades to white when exposed to sunlight or is subjected to heat treatment, though the color returns with irradiation

Who in this world of ours their eyes
In March first open shall be wise,
In days of peril firm and brave,
And wear a bloodstone to their grave. 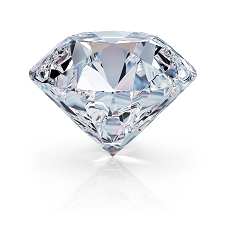 In mineralogy, diamond is a metastable allotrope of carbon, where the carbon atoms are arranged in a variation of the face-centered cubic crystal structure called a diamond lattice. Diamond is less stable than graphite, but the conversion rate from diamond to graphite is negligible at standard conditions. Diamond is renowned as a material with superlative physical qualities, most of which originate from the strong covalent bonding between its atoms. In particular, diamond has the highest hardness and thermal conductivity of any bulk material. Those properties determine the major industrial application of diamond in cutting and polishing tools and the scientific applications in diamond knives and diamond anvil cells.

She who from April dates her years,
Diamonds shall wear, lest bitter tears
For vain repentance flow; this stone,
Emblem of innocence, is known. 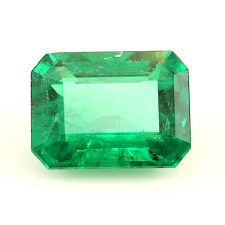 Emerald is a gemstone, and a variety of the mineral beryl colored green by trace amounts of chromium and sometimes vanadium. Beryl has a hardness of 7.5–8 on the 10-point Mohs scale of mineral hardness. Most emeralds are highly included, so their toughness (resistance to breakage) is classified as generally poor.

Who first beholds the light of day
In spring's sweet flowery month of May
And wears an emerald all her life
Shall be a loved and happy wife. 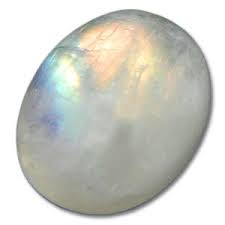 Moonstone is a sodium potassium aluminium silicate, with the chemical formula (Na,K)AlSi3O8. Its name is derived from a visual effect, or sheen, caused by light diffraction within a microstructure consisting of a regular succession of feldspar layers.

Who comes with summer to this earth,
And owes to June her hour of birth,
With ring of agate on her hand
Can health, wealth, and long life command. 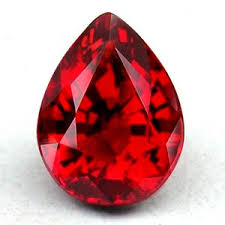 A ruby is a pink to blood-red colored gemstone, a variety of the mineral corundum (aluminium oxide). The red color is caused mainly by the presence of the element chromium. Its name comes from ruber, Latin for red. Other varieties of gem-quality corundum are called sapphires. The ruby is considered one of the four precious stones, together with the sapphire, the emerald and the diamond.

The glowing ruby shall adorn,
Those who in July are born;
Then they'll be exempt and free
From love's doubts and anxiety. 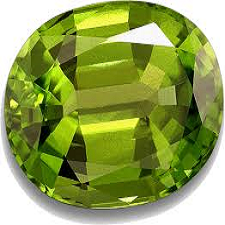 Peridot is gem-quality olivine. Olivine is a silicate mineral with formula of (Mg, Fe)2SiO4. As peridot is the magnesium-rich variety (forsterite) the formula approaches Mg2SiO4.

Wear a sardonyx or for thee,
No conjugal felicity;
The August-born without this stone,
`Tis said, must live unloved and lone. 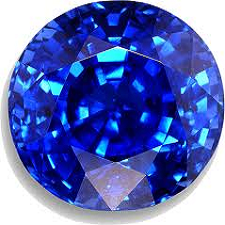 Sapphire is a gemstone variety of the mineral corundum, an aluminium oxide (α-Al2O3). Trace amounts of other elements such as iron, titanium, chromium, copper, or magnesium can give corundum blue, yellow, purple, orange, or a greenish color. Chromium impurities in corundum yield a pink or red tint, the latter being called a ruby.
Commonly, sapphires are worn in jewellery. Sapphires may be found naturally, by searching through certain sediments (due to their resistance to being eroded compared to softer stones) or rock formations. They also may be manufactured for industrial or decorative purposes in large crystal boules. Because of the remarkable hardness of sapphires—9 on the Mohs scale (the second hardest mineral, right behind diamond)—and of aluminium oxide in general, sapphires are used in some non-ornamental applications, including infrared optical components, such as in scientific instruments; high-durability windows; wristwatch crystals and movement bearings; and very thin electronic wafers, which are used as the insulating substrates of very special-purpose solid-state electronics (most of which are integrated circuits).

A maiden born when September leaves
Are rustling in September's breeze,
A sapphire on her brow should bind
`Twill cure diseases of the mind. 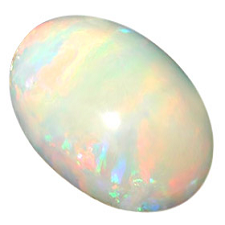 Opal is a hydrated amorphous form of silica; its water content may range from 3% to 21% by weight, but is usually between 6% and 10%. Because of its amorphous character it is classed as a mineraloid, unlike the other crystalline forms of silica which are classed as minerals. It is deposited at a relatively low temperature and may occur in the fissures of almost any kind of rock, being most commonly found with limonite, sandstone, rhyolite, marl and basalt. Opal is the national gemstone of Australia, which produces 97% of the world's supply. This includes the production of the state of South Australia, which accounts for approximately 80% of the world's supply.

October's child is born for woe,
And life's vicissitudes must know,
But lay an opal on her breast,
And hope will lull those woes to rest. 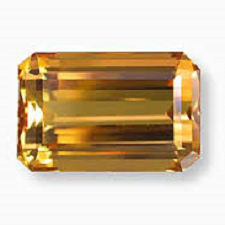 Topaz is a silicate mineral of aluminium and fluorine with the chemical formula Al2SiO4(F,OH)2. Topaz crystallizes in the orthorhombic system, and its crystals are mostly prismatic terminated by pyramidal and other faces.

Who first comes to this world below
With drear November's fog and snow,
Should prize the topaz's amber hue,
Emblem of friends and lovers true. 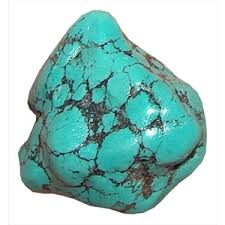 Turquoise is an opaque, blue-to-green mineral that is a hydrous phosphate of copper and aluminium, with the chemical formula CuAl6(PO 4)4(OH)8·4H 2O. It is rare and valuable in finer grades and has been prized as a gem and ornamental stone for thousands of years owing to its unique hue. In recent times, turquoise, like most other opaque gems, has been devalued by the introduction of treatments, imitations, and synthetics onto the market.

If cold December gave you birth,
The month of snow and ice and mirth,
Place on your hand a turquoise blue;
Success will bless whate'er you do.